With an understanding of where athletes are struggling, coaches can make more actionable decisions

Many of our Athos partners are working on their off-season programs, reflecting on their past seasons and using data to better understand their ups and downs;  wins, losses, injuries, and individual performances. On top of understanding the overall load demands, our coaches are using Athos data to address how their programming varied throughout the past year, was executed, and what changes they can make in the off-season to get ahead of load and movement demands of the in-season.

To identify where in their program they could make significant changes to improve the outcomes of the 2019 season, the coaches looked at how the muscle recruitment profile of their team changed from their summer and camp programs through the season. First, the coaches wanted to know how overall glute contribution changed as they have been modifying and individualizing dynamic warmups to include more glute activation work. Then, by looking at the overall Anterior:Posterior ratio alongside the Quad:Hamstring and Glute:Hamstring ratio, would help address which recruitment profiles were seeing the most significant changes. 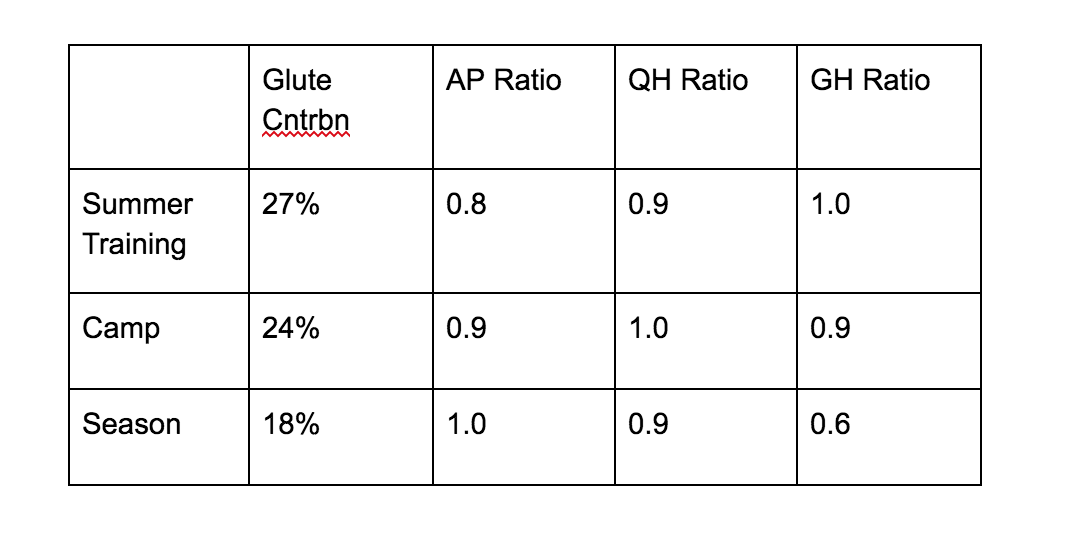